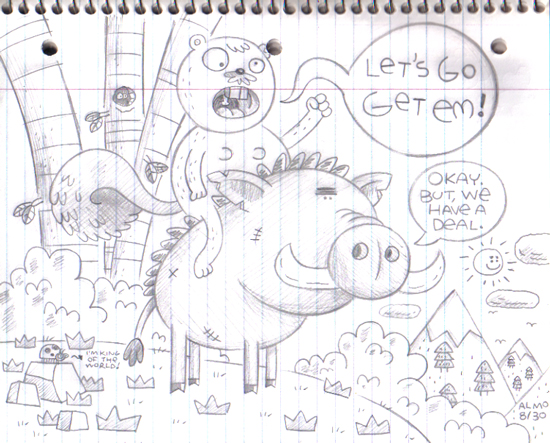 Some dem’ neighborhood squirrels say Earl the Squirrel is brain challenged, but I say he is not so, but is clever.

See, Earl needs those Blue Licking Rocks to survive since they gots all the Green Monster Moss on them and thats what he eats, and since now he can not get to all that Green Monster Moss because of Da Wild Warthog Boyzzz, Earl he might not got nuts for brains, but he has come up with a SCHEME!

He has hired a Hithog! Kinda like a Hitman, but in this case it is a hog, so its a Hithog. Do you follow me, yo?

And since Earl has a severe nut allergy and cannot eat nuts, but he can can still smell them, thanks to his god given talent of a squirrel nose, born to sniff nuts he is, he has decided to sniff nuts out for Hithog, since Hithog loves him some nuts, and Earl will bring them nuts to Hithog as payment for his protection and for scaring away Da Wild Warthog Boyzzz from the Blue Licking Rocks so Earl can get his breakfast, lunch, and dinner monster moss, down there in the wild woods by the pond, those Blue Licking Rocks, yum, yum, yum!

And so they team up and off they go! 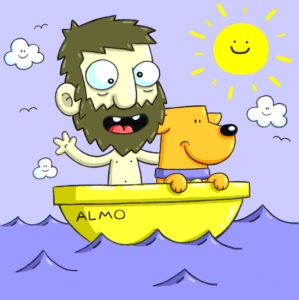