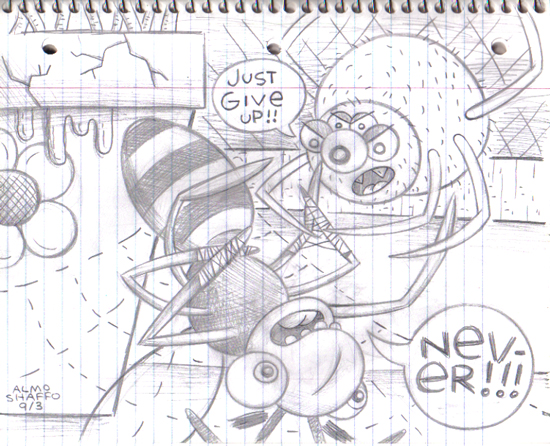 This was a murder in progress I came home to today.

Inside my car hole, on the window seal, Sneaky Spider had caught poor ol’ Wade the Wasp, in one of her sneaky traps!

I felt bad for Wade. He was trying so hard to escape. He seemed so frightened. He had one free arm and he was trying his hardest to free himself with it but, Sneaky Spider kept doing sneak attacks on him, in and out, ducking and diving around him spinning her spider web silks all over him.

I just let nature take its coarse. Wade was weak. He shall forever be known as “Wade The Weak” from this day onward.