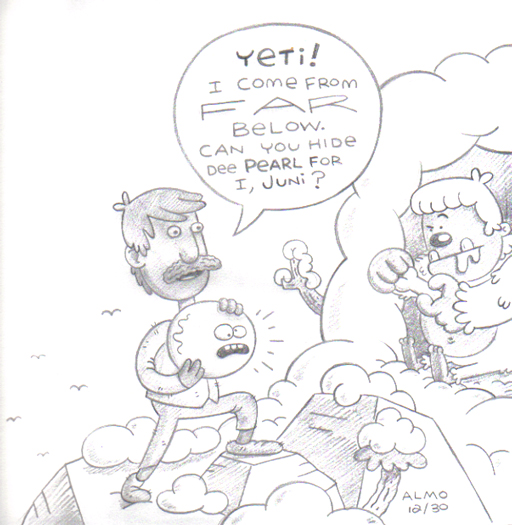 No one knows what became of Juni after this day.

The Pearl was found 6 months later in the summer when all the snow melted and the Yeti became a Sasquatch.

And the Sasquatch ate all the people that came looking for the Great Pearl!

Snowballs,
Almo of the Past